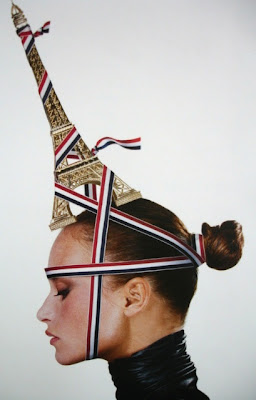 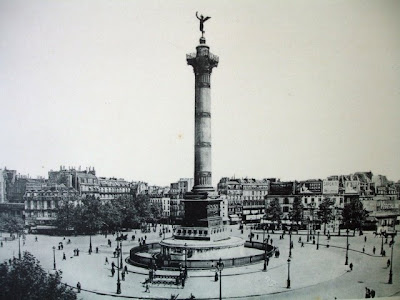 In the center is the column called the Colonne de Juillet (July column) honors the Parisians who died during the July 1830 Revolution. At the top of the column stands the cherub like figure of the Genie de la Liberte (The Spirit of Liberty).

Today in Paris there will be a grand military parade down the Champs Elysees. There will be festivals celebrating all over France. There will even be French celebrations in major cities across America.
You can celebrate, too! You could cook a French inspired meal...or dine out at your favorite French cafe. Easier yet....
pop open a great bottle of French wine or champagne
and toast "Vive la France"!
Posted by Unknown at 9:23 AM

I fixed poulet nicoise for dinner - does that count!?

Ruth,
Oui, of course! Sounds very French Provencal. I may need that recipe!