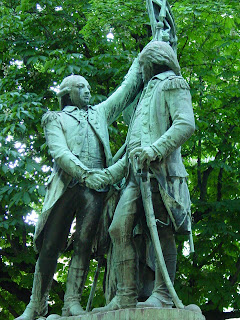 I am honored to say that my French ancestry has a link to Lafayette!

My Dad was told growing up that he was related to the Marquis de Lafayette. Fast forward to when I started going to Paris, my Father told me that I was related to Lafayette. I was fascinated with this connection. In checking my genealogy, I am not a direct descendant of Lafayette but from his Mother's Sister's line. That's good enough for me!

In 2005, at a Paris flea market, I was searching for old post cards of Lafayette. The French antique dealers spoke English and loved hearing of my Lafayette connection! They were very kind and told me where there were two statues of Lafayette in Paris. I couldn't wait to explore more of Paris and find them. 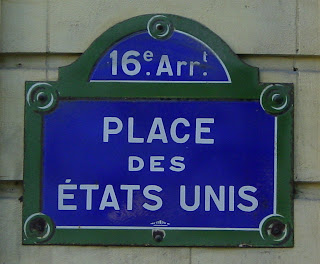 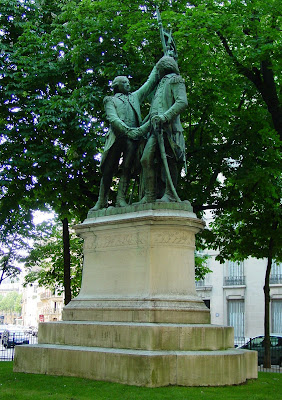 General Lafayette & George Washington Monument
The Place des Estats Unis
The statue of Lafayette and Washington (1873) is by French sculptor, Frederic-August Bartholdi (1834-1904). The same sculptor who did the Statue of Liberty for America! Interestingly, it was Lafayette's grandson, Edmond de La Fayette and a group of Frenchmen in 1865 Paris, that came up with the idea of the Statue of Liberty as a gift of friendship to America. 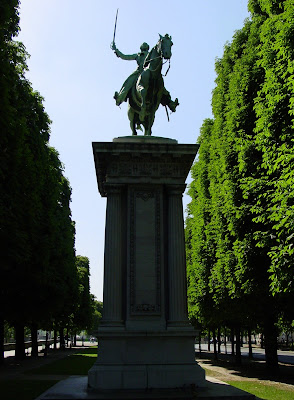 The Childrens Statue of Lafayette
Right Bank, Paris
The Americans love Lafayette, too. This statue of Lafayette was a gift to France in 1908 from American school children. It is by sculptor Paul Wayland Barlett. It is along the Seine on the Right bank in Paris between the Pont de l'Alma and Pont des Invalids. The inscription on the base reads:
Erected by the school children of the United States
in grateful memory of Lafayette
statesman, soldier, patriot.
Lafayette is buried in Paris, France. Since the 1890's an American flag has flown at his grave site. He loved America!
Posted by Unknown at 11:46 AM