All The Tea in China 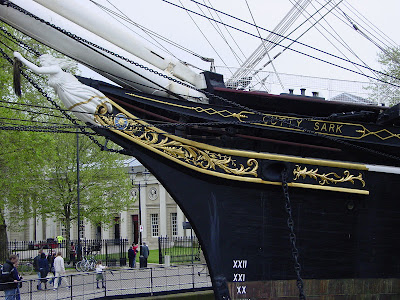 The Cutty Sark is once again in ship-shape!

Whenever we travel to England,
I'm always wanting to learn more about tea.
So on our 2004 vacation,  we took a day trip to Greenwich in south London
to see the last surviving British tea clipper ship, the Cutty Sark
and hit a few antique markets, too.

On the momentous occasion of her reopening
I thought it would be neat to share my photos
and a few of my memories of
our visit to the Cutty Sark. 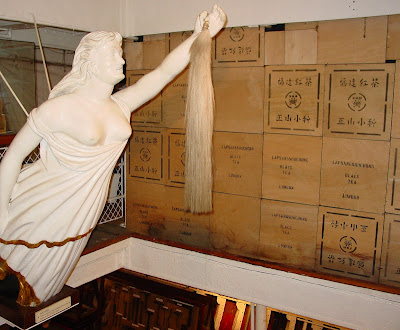 All the Tea in China

She was a great tea clipper ship during, what is called,
The China Tea Years from 1870 to 1878.
In 1870 she made her first voyage from London to Shanghai
(an 8 month round trip)
and returned with 1450 tons of tea on board!
She made a total of eight journeys on the high seas to China
as part of the tea trade
until clipper ships were replaced by steam ships. 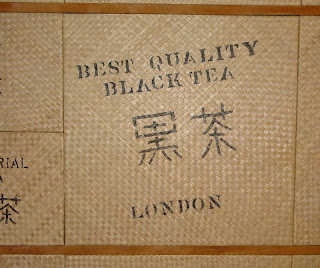 "Next stop in Greenwich is aboard The Cutty Sark.
Built in 1869, she is the last of the great tea clipper ships.
She  traveled to China to bring both black and green tea to England.
Once the tea made the journey from China to England
it was already 18 to 24 months old."

"There is an effort now to save the Cutty Sark due it's demise
mostly from the London rain.
We enjoyed touring the ship and were most amazed at how small the merchant sailors
bed and bunks were." 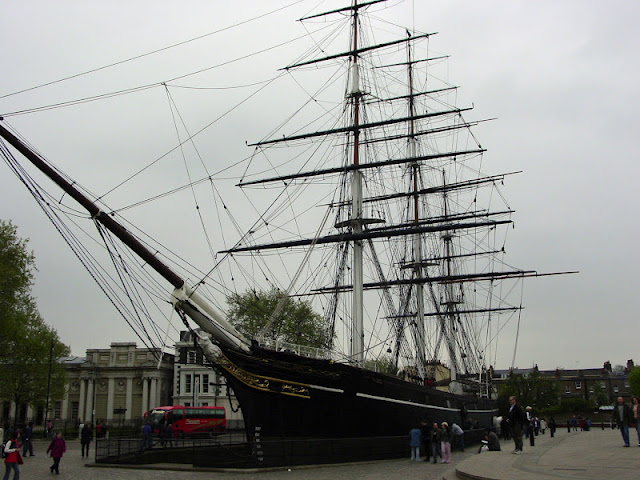 What a wonderful day in the Cutty Sark's glorious history
to be returned to all her former glory!

She  re-opens to the public tomorrow and even has a cafe on board now.
If we ever travel back to Greenwich,
I would like to visit her again
and have a tea break in the new cafe.

And leave it to Twinings...
they have a Chinese black and a green gunpowder
commemorative tea blend named  Cutty Sark
to celebrate the re-launch of the Cutty Sark.  ...
the last of the great tea clipper ships!
Posted by Unknown at 3:31 PM