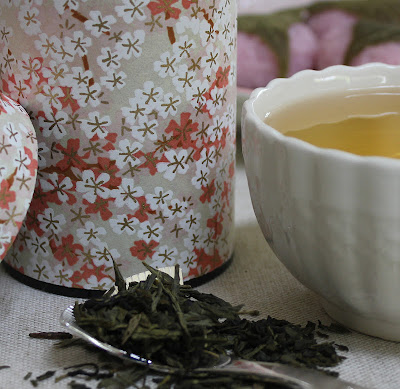 This year 2012,
is a special year for the National Cherry Blossom Festival,
as it marks the 100-year anniversary
of Japan's gift of 3,000 cherry trees to
Washington D.C..

Here in California,
this weekend and next weekend is the
45th Northern California Cherry Blossom Festival
in San Francisco, CA.
Our festival is said to be the second largest festival
outside of Washington D.C. to celebrate the blooming of cherry blossoms,
a traditional custom in Japan known
as Hanami. 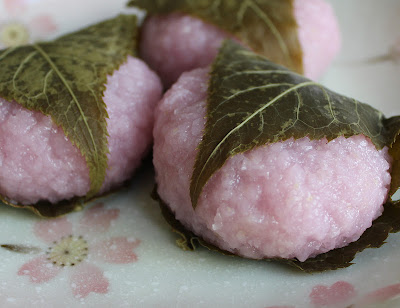 To celebrate Hanami,
I'm having a Sakura  (cherry blossom) Tea Party
with Fleur de Geisha tea, that I purchased last year in Paris,
along with Sakuramochi treats.

Sakuramochi is a sweet pink mochi (rice cake)
filled with a red bean paste center,
covered with a pickled sakura (cherry) leaf.
In Japan,
they are a variety of wagashi,
which is traditional Japanese confectionery
which is often served with tea.

I did a bit of research and found out that
Sakuramochi is traditionally served on
Hinamatsuri (Girl's Day in Japan)
on March 3rd. 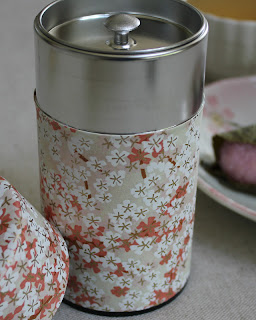 Fleur de Geisha
is one of my favorite green teas to drink in the spring.
It's a blend of Japanese green tea,
delicately flavored with cherry blossom.
This lovley blend by Les Palais Des The`s was
inspired by the Japanese Hanami tradition
of cherry blossom viewing.

I've purchased this tea
before in Paris
and couldn't wait to buy it again.
Last year in Paris,
I purchased the boxed Fleur de Geisha tea,
that comes in a pretty keepsake caddy.
I love that the tin caddy is covered with Washi paper,
decorated with the Sakura motif
traditionally found on the geishas kimonos. 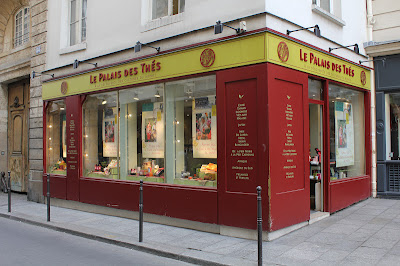 
(In the photos:  Japanese blossom plate by Mino and vintage Spode Chelsea Wicker tea cup.)
Posted by Unknown at 4:04 PM