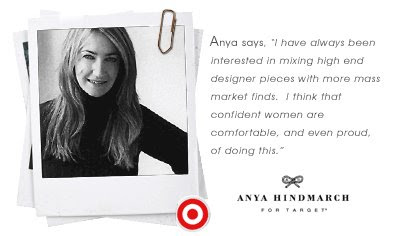 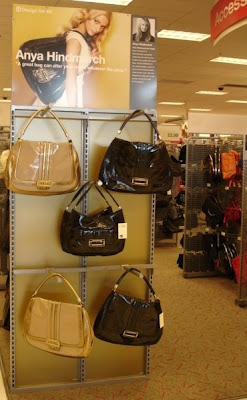 Anya Hindmarch signage is now up at Target
Most styles have already sold out!


So today marks day four of the Anya Hindmarch for Target purse launch here in America. I just happened to be near Target today so I had to stop in and check out the remaining inventory. I promise...I did not buy anymore Anya Hindmarch bags! I am still baffled though why there wasn't a frenzy for these bags like there was in London?

My friend Jodi in Seattle loves handbags and British style, too. She reports that she was probably the only one at her Seattle suburb Target that bought a bag on Sunday afternoon. She bought the black and chocolate 1970's inspired Tote. Her bag was featured in Steals & Deals in the October issue of In Style magazine. Great choice Jodi!

The 1970's decade inspired Anya's current 2008 collection. If you go to Anya's website to the Must Haves page, there is a great mini movie (upper right corner) that talks about her inspiration. 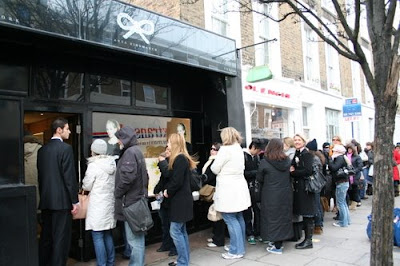 Yes, shoppers will stand in line to buy a great handbag!


Why haven't there been any lines at Target?