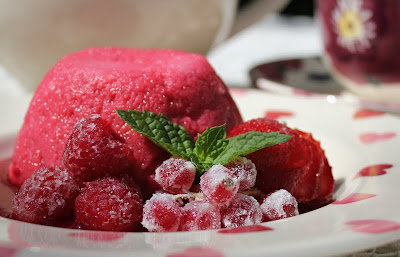 Summer Pudding
Summer is winding down...
and I'm still savoring my Summer Pudding Tea
these last few weeks of summer.
I'm also enjoying time in my kitchen with the last of summer's
berry harvests. 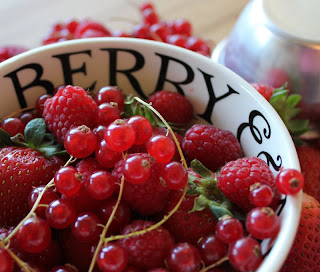 Red Fruits
Not all Americans are familiar with Summer Pudding.

All my British recipes call for red currants which are very popular in England but very difficult to find here in sunny California.  I finally found red currants earlier this month at a grocer in the San Francisco Bay Area.  The red currants were grown and shipped in
from Hurst's Berry Farm in Oregon...
a climate closer to England for growing red currants. 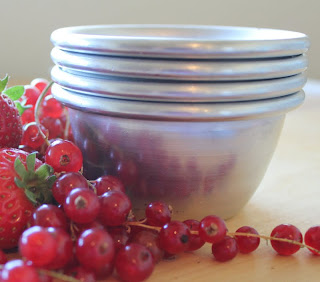 Pudding Please!
So I finally got to make Summer Pudding!  I adore small desserts so I chose a recipe
for Individual Summer Puddings and I already had the moulds.
Years ago on a trip to London, I picked up small pudding moulds at the
neat cook shop Divertimenti.  Loved that store!
***The recipe is a keeper and my tip:
be sure to use stale bread and red currants!
Happy end of summer...
and I hope your last few weeks of summer
include a little summer pudding!
(In the photos:  Emma Bridgewater Hearts 8.5" plate, Black Toast French Bowl and
Divertimenti Pudding Tins.)
Posted by Unknown at 10:08 PM