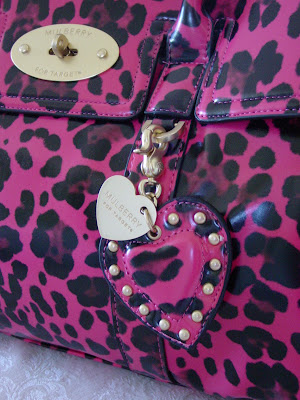 Had to Have It!

I just found out a few days ago that there is another British fashion invasion at Target.  This time it's Mulberry!

I am normally "in the know" and one of the first shoppers to hit Target when a British Design collaboration launches at Target.  Somehow the Mulberry brand snuck by me.

Luckily I saw a Mulberry for Target handbag in a magazine the other night and hit my local Target the very next day. 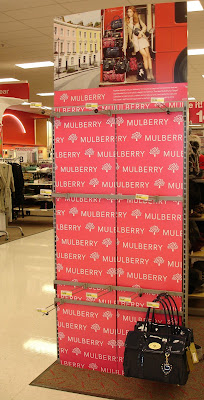 I was so disappointed when I arrived at Target just a few days after the official Mulberry launch only to find the shelves just about empty.

Being the determined shopper that I am...I hit a few more Target stores.  My mission... to snag a Mulberry Pink Leopard Bag. 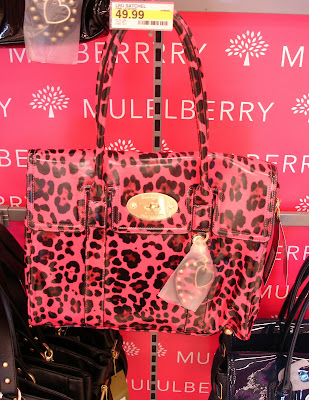 Mission accomplished!  Luckily for me...
I finally found the bag I wanted after visiting four Target stores.

For those in the know...leopard is the "hot" print this fashion season.  I normally don't go for pink but I just know this bag will be a real head-turner!

A real High Street Mulberry bag like their Bayswater model  (made in leather) would sell for around $1,200.00  to $2,600.00 depending on the print.   Knowing this, I am now a fan of pink leopard and love my High Street knock off bag for Target!

So if you want to be carrying some British Mulberry style this fashion season,

I suggest running not walking to your nearest Target store.

You just might get lucky, too!
Posted by Unknown at 6:07 PM