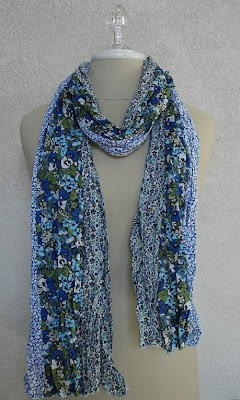 
Did you know...they're going, going, gone now? Yes, the Liberty of London limited edition scarves have sold out online in both the USA and the UK. And this week, the remaining Liberty scarves and accessories went on clearance in the stores.
Since I am a Liberty fan I have been watching the stock at all my local Targets since Liberty hit their shelves in mid March. In my opinion, the Target Liberty frenzy got off to a rather slow start. It seems that only true-blue Liberty fans rushed out to grab some of Liberty's flower power at Target during those first few weeks. 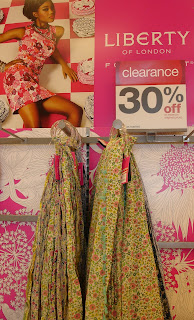 
Initially, I was pretty excited to grab some Liberty "flower power" style at Target prices. I stocked up on some pretty fab stuff. Then rather quickly my Liberty "buzz" wore off. I loved the designs of all the Liberty for Target range but just wasn't jazzed about the quality of the goods.


So...I opted to keep several scarves, a Poppy tote bag and a mod dress (ooh, can't wait to wear it to tea in London!) from the Liberty for Target range. Now I have Liberty style and it didn't break the bank! 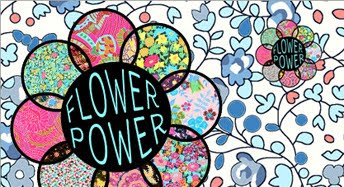 Liberty Flower Power
Now that the Target campaign is winding down, Liberty of London is launching a Flower Power campaign in London with a season of floral fun! Liberty is celebrating London's Carnaby Street's
50th Anniversary with a special range of products and events around the store...all with fab 1960's style! 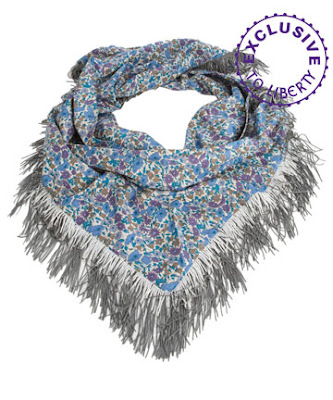 
So check out this pretty floral scarf available in the new Liberty Flower Power range. The scarf above by Prova for Liberty only has a price tag of $310 UK pounds. Yep, you red that right! Suddenly my Target Liberty scarf at $14.99 doesn't' look so bad! Perhaps I should run back out to Target and grab a few more!
Posted by Unknown at 10:31 PM

Wow! that was fast! I am going to have to run to the Target to see what's left.
Well, for me the nearest one is an hour a way.
Will have to wait until next week.
thanks for sharing,
Kathy

Kathy, Oh, I do hope you can get a scarf! Call Target, maybe they will hold one for you or you can pre-pay over the phone?
Also, you have a lovely blog, too! Love your vintage home!
Lisette :)